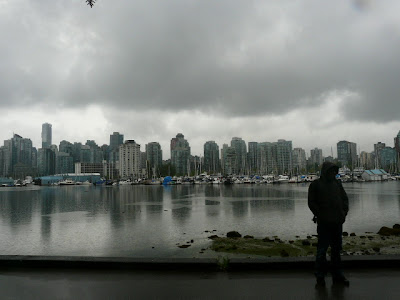 After what seemed like an eternity traveling from Manchester we finally arrived in a sunny Vancouver, a quick walk around our hotel location and a drink me and Mrs Fastfarrell went to our hotel room to get some much needed rest.

Upon waking the next day, the weather in Manchester had caught up with us and it was pouring down, water proofs where grabbed and off we went to explore our holiday destination, the city is huge like no other I have been to, with a park (Stanley Park) that was twice the size of my home "city" centre, and it was bike friendly with shared paths, bike only trails and real wild life, Jen got very excited when we came across a Raccoon in the park, we where both tired from a days walking and ended the day with a stupidly large meal, Nachos for starter (which could have passed for two main meals) and enchiladas for my main, with one large belch off I went to bed, only to wake up at 3am!! thank for gods for 24hr Tim Hortons (best coffee I have ever had and cheap as chips) and good old Macky Dee's. 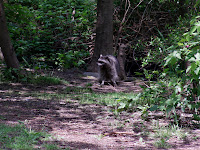 We set off at 9am to see Grouse Mountain with the promise of views of Washington D C, the whole of Vancouver, Timber wolves and Grizzly bears, a quick train, sea bus and bus ride (all for 9 bucks) we arrived at Grouse Mountain, so had the fog/clouds, being British we decided it would be rude not to see the sights as we had traveled so far, getting up the short climb to the top (via cable car) was not as cheap as the earlier mentioned commute, $39 dollars for a 10 min cable car ride took us to a snow covered mountain top (the snow was at least 10ft deep) with views of well not much really, however we did get to see the two orphaned Grizzly bears, who both seemed bored of the endless amounts of tourist not sharing the chocolate bars and warm coffee they guzzled whilst taking photo's. 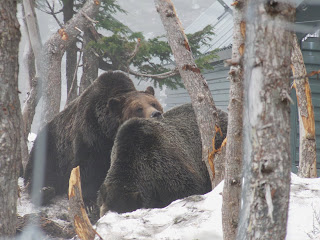 The next few days where spent, walking drinking and generally having a laugh, on Tuesday we headed of to the Greyhound station for our coach trip to Whistler, this was not like the Greyhound buses you see in the movies, it was smelly, Dirty and slow, we where delayed by 45mins due to a medical emergency which to be honest the greyhound bus driver was ace and probably saved a mans life, we arrived in Whistler and I was like a giddy child running from store to store, touching and smelling all the big fancy expensive bikes. Our hotel room at the Crystal Lodge was amazing, king size bed, flat screen 42", balcony, sofa bed, fridge, massive shower it even had a kitchen sink! It was Hockey night in Canada and the Vancouver Canucks where playing game 6 against the San Jose Sharks, win this and they where through to the Stanley Cup Final, off to the pub then, two pitchers and three shots of tequila later we where both hammered (the canucks won and every time they scored the manager gave everyone in the bar a free shot) a good night was had by all, however this made me very hungover the next day, the planned day at the bike park was cancelled, I walked round in a daze for most of the day, I did however book A bike for the next day and went for a walk in the woods with the Mrs, it was a good walk, but walking is for the birds, here's a link to all the pics if your interested.
http://photobucket.com/Canadaholsmay2011

The next morning I had a spring in my step, However Jen was ill, she did still pull herself to the Whistler Bike shop, I collect a £6k bike and got myself into character. 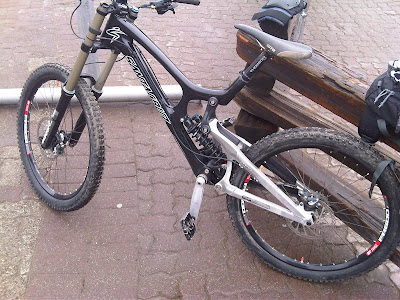 It was cold, wet and I had never used a bike chair lift, and I'm scared of heights this was going to be interesting, garmin on, full face helmet on and helmet cam ready I shoved the bike into place then waited for the chair lift, i was on my way. The ride to the trail head took around 15 mins, time to ride, to warm up I rode the B-line, I knew there was no big drops on this line off I went, it was fast but loose, with a few jumps and loads of tight berms, I kept low and tried to get as much speed as possible whilst spying out the sections of the A-line, I reached the bottom with a child like grin, that was quick! back to the chair lift. Not sure if I was ready for the A-line after seeing the massive drop off at the end, I decided to go for the Crank it up trail. Me and the bike started to gel and just in time for the first jumps, a couple of wall rides kept me amused and the first drop off appeared, the flow was perfect, hitting jump after jump it was heaven. When I finally built up the courage to hit the A-line the rain had stopped, heavenly traffic had created lots of sloppy ruts but the minion tyres where cutting through no problem, the jumps seamed to be endless and the final drop off was upon me, at least 8 foot of it, I planted the bike on both wheels and rolled off to meet Jen for lunch. Not all the trails where open but the A-line was enough to keep any biker happy, BLT devoured a quick kiss for the wife, off back up the hill for more stupid grin action, I spent 7hrs going up and down A-line X 4, crank it up X 3 and the B-line twice, ace fun.

I spent the next day with whatever illness Jen had picked up, managed a little bit of XC riding in the afternoon near the lost lake trails which where entertaining, but my brain could not help thinking about big down hill runs.

It felt like I was back on a plane in no time at all, it was an ace holiday for which I have to thank my wife. "Thanks Jenny your Awesome, when are we coming back?" Soon, very soon.

Crank it up : http://www.youtube.com/watch?v=J44y7N2bSSc
Posted by Wayne Farrell